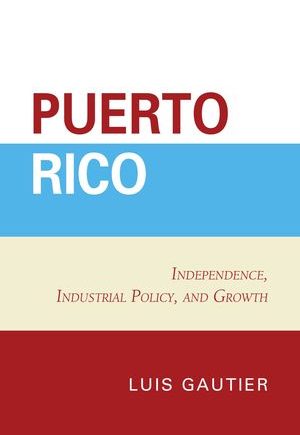 Puerto Rico is experiencing its deepest economic crisis since the first half of the twentieth century. The unique political and economic relationship between the US and Puerto Rico arguably plays a fundamental role in this crisis. With these in mind and given the imposition of the Financial Oversight Management Board by the US government, this book presents policy recommendations to help Puerto Rico achieve sustainable development. A set of partial equilibrium models are employed to study important industrial policy options and trade issues. This book also discusses the potential role of market-based environmental policies as well as issues of income convergence. The method of analysis to study the Puerto Rico–US relationship presented in this book is entirely new to the literature and the analysis of market-based environmental policy. The overarching result is that it is in the best interest of Puerto Rico and the US to set economic policies consistent with an equilibrium characterized by political independence (i.e., national sovereignty) for Puerto Rico. The potential for sustainable economic growth and development is latent in Puerto Rico’s economy. But for factors of production to be used effectively and efficiently, Puerto Rico’s economy requires access to international markets at sufficiently lower transaction costs, a condition consistent primarily in an equilibrium characterized by political independence. Access to international markets at sufficiently lower costs would help, inter alia, restore market credibility, regain access to credit markets at bearable costs and achieve important efficiency gains. This book argues that international trade ought to be at the center of development and growth policy. Importantly, it argues on the grounds of efficiency that not only is it in the best interest of the US to help Puerto Rico move gradually towards an equilibrium consistent with political independence, but that a statehood-like equilibrium is inefficient, particularly if a higher degree of access to global markets is at the center of policy formulation. I hope the discussion presented in this book signifies an important contribution to the policy debate in order to address Puerto Rico’s economic challenges.