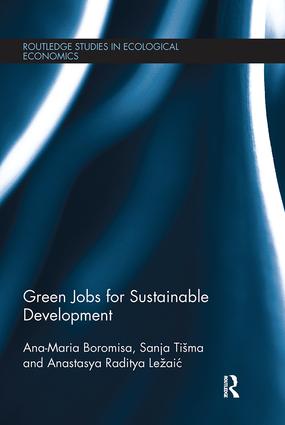 A ‘green economy’ must be built on ‘green jobs’ – the kind of employment that is low carbon, intended to reduce energy use and expected to restore environmental quality. But attempts to define exactly what a ‘green job’ is have led to varied and often contradictory answers. There are many unresolved questions including whether we consider jobs in the nuclear fuel industry to be green jobs? Or is a worker at a glass making company which supplies the glass for the solar photovoltaic industry doing a green job given that glass making is a ‘dirty’ industry?

This book deals with the relationship between «green» concepts (green jobs, green economy, green growth) and sustainable development. It examines to which extent creation of green jobs supports overall economic development as opposed to creation of elitist jobs and greenwashing. In order to do so, general conceptual frameworks for green jobs, green economy, green growth and green policy are presented as well as their implementation in ten countries selected among the Group of Twenty. The selection includes advanced (the European Union, the United States of America, Australia, Canada, Republic of Korea, Japan) and developing countries (Mexico, China, Turkey and Brazil).

The analysis presented in this book shows that although green concept is well-intentioned, its implementation depends on local circumstances – economic, political and social. Developed countries perceive green growth as a way to create new markets and demand, while developing countries rely more on labor intensive growth and less expensive green jobs. Thus, greening the economy does not diminish differences between rich and poor. This book is suitable for those who study and work in Ecological Economics, Sustainable Development and Labor Economics.