The tragic suicide earlier this month (back in 2013) of programmer and activist Aaron Swartz has initiated a series of public conversations, both about the life and work of this extraordinary young man and about the meaning of his death. The latter discussions have been dominated by concerns about perceived prosecutorial overreach and the relatively greater attention that our federal government seems to give to apparently minor violations of intellectual property law compared to, say, financial crimes and torture. Much attention has rightly been placed on the behavior of Carmen Ortiz, the U.S. Attorney for the District of Massachusetts, who was in charge of prosecuting Swartz for mass downloading journal articles from JSTOR via MIT’s computer network with the intent to distribute them free of charge. Less attention has been given to the behavior of JSTOR and MIT in relation to Swartz, though it is often noted in passing that JSTOR opposed prosecution, while MIT supported it.

But as important as the details of the Swartz case are, the broader context in which it took place needs to be given more consideration. How do we find ourselves with the extraordinary, dysfunctional intellectual property (IP) regime that has ballooned in the last four decades? And, of more direct interest to this blog, how should scholars in the humanities and the institutions in which we work, deal with this situation?

The first question, at least, has received a fair bit of attention over the years, thanks largely to legal scholars like Lawrence Lessig and James Boyle.* The second question, however, is of more local import. But to those of us who work in history and the other humanities and (at least soft) social sciences, it is a vital question.

The intellectual property rules-of-the-road have been vastly changed over the last several decades, largely at the behest of the entertainment industry, whose corporations own valuable pieces of intellectual property that would have slipped into the public domain due to their copyrights’ expiring. In addition to greatly lengthening the term of copyright, new laws, supposedly occasioned by the rise of digital technologies, have also restricted the realm of fair use. Not surprisingly, a set of rules designed to protect the pecuniary interests of a very unusual set of IP owners doesn’t work so well at dealing with the vast majority of older works, which are substantially less valuable and less in danger of becoming the object of profit-robbing piracy than of becoming unavailable as a result of staying under copyright. Of particular concern in this regard are “orphan works,” books, music, movies and other copyrighted items whose rights holders are unreachable for various reasons. When a work’s copyright owner is difficult to locate or establish, reproducing that work becomes effectively impossible. These copyright laws are of particular concern for those of us who study the history of the last hundred years or so. 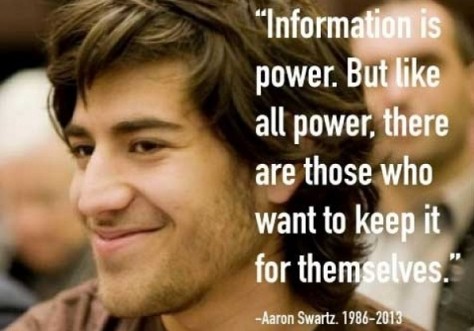 Universities’ behavior in this brave new world of IP has, perhaps unsurprisingly, been largely dictated by those fields whose IP is of greatest monetary value, especially the so-called STEM disciplines. As even public institutions become ever more dependent on private funds, the ability of institutions to maintain financial interests in intellectual property produced on their campuses and by their employees is understandably of great interest. Such concerns often put universities on the side of greater restriction in the area of IP law. Even those of us who are academics in non-STEM fields have experienced some of the side effects of these institutional IP concerns.

Moreover, as communities of technologically savvy young people with access to some of the world’s most powerful computer networks, universities were an early target of the entertainment industry’s war on digital piracy. Largely in response to such outside pressure, universities have cracked down on illegal file-sharing among students and faculty. And digital file-sharing is only the tip of this iceberg. When I arrived at OU, the film studies program would invite the general public to attend, free of charge, the screenings for its larger courses. About a decade ago, we got a cease-and-desist letter from a film studio.

Of course, in the humanities, the intellectual property we generate is rarely of any great monetary value. Academic humanists certainly have intellectual property worries, but they tend to concern credit and plagiarism, rather than piracy. Personally, I’m happy to have my book as widely read as possible. If some professor sticks more than one chapter of it in a photocopied reader without paying rights fees, that’s of little concern to me (though, I suppose, a university press would say that if that behavior is multiplied enough times, the press’s ability to stay afloat would be imperiled).

The response of JSTOR — and, as far as I can tell, many of the scholars whose articles Swartz downloaded in apparent violation of JSTOR’s terms of service — to Swartz’s attempt to download and distribute millions of journal articles reflects this primary interest in wide dissemination of scholarly work. JSTOR is, after all, a non-profit. It needs to pay its bills and respect IP law, but it is also in the business of making academic work more, not less, available. These competing interests are nicely on display in the statement it issued back in July, 2011, when the prosecution of Swartz began, which emphasized that Swartz had broken the law, but that, having prevented the further illegal distribution of the content Swartz had downloaded, JSTOR was not interested in further legal action against him. In fact, just before the Swartz incident in 2011, JSTOR had already made freely available all the articles in its database that had already slipped into the public domain. (On the other hand, immediately after the discover of Swartz’s actions, JSTOR seems to have pressured MIT, threatening it with entirely losing access to JSTOR if MIT didn’t itself restrict access for its users to prevent such incidents from occurring in the future.)

Swartz’s suicide prompted a mass twitter protest, in which researcher uploaded thousands of journal article .pdfs, as well as the release of a bookmarklet called JSTOR Liberator that allows access to those public domain articles on JSTOR without having to sign off on JSTOR’s onerous terms of service.

Unlike JSTOR, MIT actively aided in the federal prosecution of Swartz.** For MIT, Swartz’s suicide has become an occasion to revisit that decision. MIT President L. Rafael Reif has tasked Prof. Hal Abelson, who helped found Creative Commons and the Free Software Foundation, to lead an investigation into MIT’s actions in the Swartz case.

I will be very interested to see what comes out of this investigation. The nation — and, indeed, the world — is in serious need of rebalancing its intellectual property laws. Even if we fall short of the utopian visions of activists like Swartz, who worked for a world of free information, copyright law must be made to once again serve the truly social interests for which it was created, rather than the special interests who’ve been rewriting that law for a generation or two. But, in the meantime, academic institutions need to rebalance their own attitudes toward intellectual property, so that they are driven less exclusively by the bottom line and more broadly by the needs of the faculty and students for open access to ideas and texts.
__________________________________________________
* Lessig’s now classic book Free Culture is available (for free) here. And you can hear Boyle in a segment from the latest edition of NPR’s On the Media lamenting the virtual shuttering of the public domain.
** It’s worth noting, in passing, that Massachusetts state authorities had planned to decline to prosecute Swartz before federal authorities took over the case.